Some demographers—who are wrong—erroneously label me a Millennial.  I prefer Generation X.  Or at least the Oregon Trail Generation.  I would demand satisfaction, but some from my cohort would acquiesce.  And demographers are like cockroaches.  You catch one out in the open, you can bet another ten are scurrying down the halls of some dank, outdated academic building.

On the other end of the range, some demographers extend the definition of Millennial to cover people born as late as the early 2000s.  Pew uses 1981 to 1996.

As my thoughts turn again to 9/11, I am reminded of the limitations of grouping people by generational cohorts.  I was in college during 9/11.  I am teaching Millennial college students who may have no conscious memory of 9/11.  Can we really fairly be categorized together? 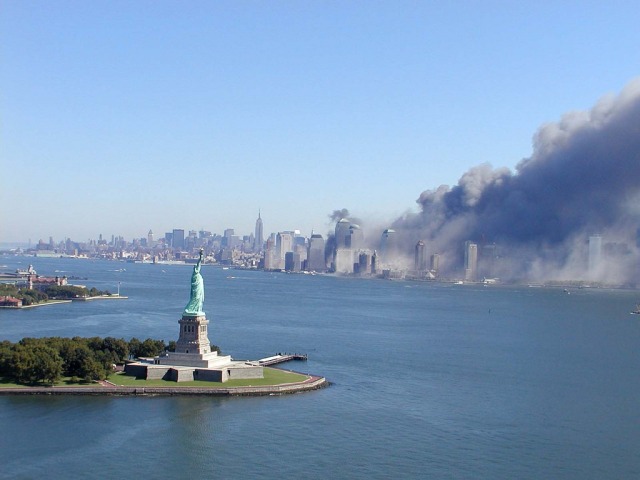 I was just starting my second year of undergrad in September 2001.  I was living in the fraternity house and the Twin Towers had already been hit before I left for class.  I never made it after brothers started showing up with the news.  We had dial-up internet and in those days when something happened your first thought was to turn on CNN, not to turn to Twitter.  Our DirecTV was turned off for lack of payment; I called them up and convinced them to cut it back on.[1]  Which is why three years later brothers were wondering why we had so many damn news channels.

How much does someone who was in college during 9/11 have in common with someone who has no conscious memory of it?  We seriously discussed our moral obligation to drop out of school and go to war (some did; not many).  We worried how we could keep our jobs with $5.00/gallon gas in a “town” where any decent job was a 30 minute drive.  I remember what it was like to fly before 9/11.  Students in my first econ class could honestly (if naively) ask if we would ever experience another recession.

Most students in college today, on the other hand, don’t remember 9/11 as it happened.  Even a 22-year-old college senior was only five years old.  I was four when the Challenger exploded.  I don’t remember it at all.  They don’t remember a United States without a Patriot Act, without the TSA, that isn’t in Afghanistan and Iraq.  They’ve known as many hard economic times as good.

I don’t know what all this means, and I won’t pretend to.  But I know it matters.  Grouping people by generational cohorts can be a useful tool for researchers.  But it has its limitations, and we talk about Millennials in ways that blow through those limits and peel out over the smithereens of the fence.

[1] Of course I was the person who didn’t pay the bill in the first place, but I had a good reason: we didn’t have any money.