There are a lot of acts out there that claim the traditionalist mantle, but there aren’t many as traditional as J.P. Harris.  Harris is another one who hails from the southern Appalachian Mountains.

Out tomorrow: Sometimes Dogs Bark at Nothing by J.P. Harris. 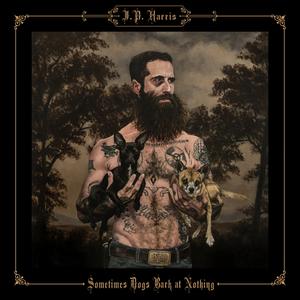 Well, he’s not actually from the Appalachian Mountains.  He started out in Alabama and spent time herding sheep for Navajo elders, hopping freight trains across the US, and working as a sheet metal scrapper, orchard worker, farm laborer, heavy equipment operator, and logger in between.

Check out JP’s Florida Blues #1 from the new album:

You can preorder Sometimes Dogs Bark at Nothing from Amazon today and have it tomorrow!

Desperate Man by Eric Church is also out tomorrow.

Songs of the Plains by Colter Wall – October 12

Somewhere In Between by Adam Hood – October 12

Live at the Ryman by Jason Isbell – October 19