“It was football season, but this wasn’t just a football story.  In Texas, it never is.”

The depiction of Dallas Carter in Peter’s Berg movie wasn’t nearly as negative as the truth of a team that forfeited its state title because the principal changed a player’s grades to keep him eligible and that had several players arrested for multiple armed robberies.  30 for 30: What Carter Lost tells that story.

Dallas Carter was also, according to LaDainian Tomlinson, “the greatest high school team that has ever been assembled.  Ever.” They were skilled.  They were big.  They were fast.  “Everybody on the defense could run a 4.6 or faster.”  Twenty-one players had Division 1 scholarships.  Eight would play in the pros.

Dallas Carter would famously beat the Friday Night Lights Odessa Permian team in the state semifinals (the movie changed it to the finals) and went on to win the next week in the finals.

There is a basic tension in talking about a school like that.  We want to put them in an inner-city box, but these were spoiled rich kids.

Carter had one parallel with Odessa Permian—a football-mad school full of underachieving kids with money. 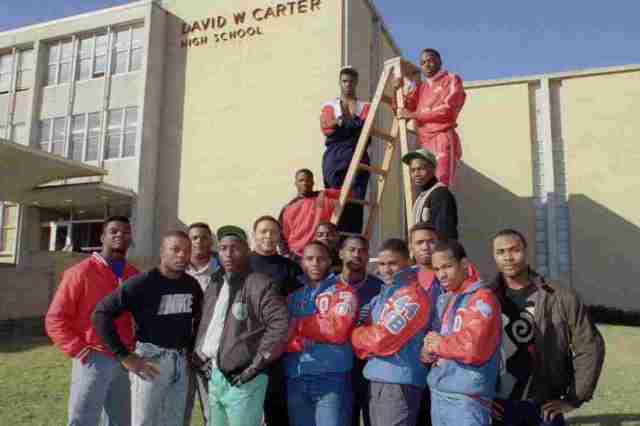 What Carter Lost is also a story about teacher control over their grades versus an administrative need to show academic improvement by any means necessary.  And it is a story about the tension between academics and the fact that a whole lot of people care a whole lot about sports and very little about academics.

The NCAA winking at the blatant academic fraud at UNC-CH just last year is just another example in a long line to show that.

But the story doesn’t end with the state championship game.  All of those complaints about being unfairly persecuted ring hollow when nine high school players wind up being arrested for a rash of armed robberies, including players signed by Houston and Tennessee.  The players finally encounter accountability: “At the courthouse it simply doesn’t matter that you can run the football.”

There is contrition, at least, on the parts of the players involved with the robberies themselves, many of whom are interviewed, and the few of their parents interviewed.  Some of the people without a direct stake, on the other hand, still want to use those boys for football—a political football. 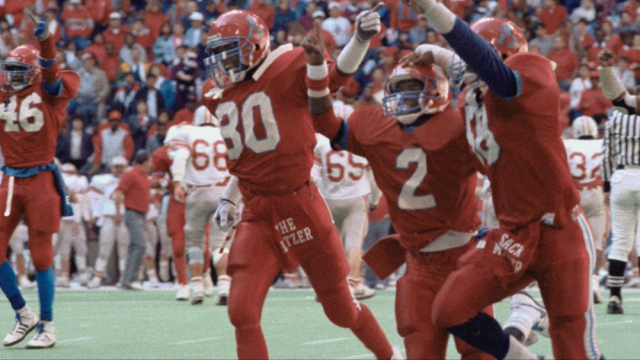 Carter would subsequently lose its litigation over the team’s eligibility, and its state title was stripped.  Are there still interviewees ready to complain Carter’s title was unfairly taken away?  Of course.

The Friday Night Lights movie gets attention during the section on the ramifications of everything.  The movie portrays them as inner-city thugs who played dirty.  They were well off thugs who committed armed robberies.  I’m not sure the distinction is one with a difference.

I mentioned vindication at the top of my post.  What Carter Lost gives the school and team the chance at that vindication.  The people involved get a lot of camera time to complain about how they were so put upon.  The kids robbed of an opportunity to play for a state championship are not given camera time.  And none of it changes what happened, and what happened is damning.

The first half of the documentary is disappointing.  A lot of people get to complain, but the documentary does little to dig into the matter.  Did other schools have an incentive to report the changed grade?  Sure.  But how would they have known about it?  The documentary lets pass uncommented on that it simply makes no sense to count an incomplete as a 100 absent evidence the assignment was actually, you know, completed.  The teacher who got railroaded has no one to speak for him.  The first half left me disappointed, but the second half shines.

Ultimately, What Carter Lost is a story about the power of consequences.  A lack of consequences helped those players walk down a path that would end with dire consequences.  But those men learned from those consequences.  The players involved, at least, come off well.  They paid their debt to society and rejoined it as productive members of society—two going into the ministry.  None would go on to commit another crime.  They learned their lesson.  It was the people who didn’t face any consequences who didn’t learn anything from the long, sordid ordeal.

You can find all of my Friday Night Lights Friday posts here.

5 thoughts on “Friday Night Lights Friday: 30 for 30: What Carter Lost”