As I mentioned in my post on Braveheart and Outlaw/King, the history of the Scots-English border region is the history of hillbillies.  There is no Scots-English border region, and thus no distinctive culture for David Hackett Fischer to catalog, without a Scotland to provide one side of the border.  And there is no Scotland without Robert the Bruce.

Braveheart features the Bruce in a bit role that is only a little bit historical.  Outlaw/King is centered on the Bruce but, like most accounts, it only tells the tale of how he won the realm, not how he kept it.  Penman’s account’s primary selling point is that he devotes as much attention to the Bruce’s post-Bannockburn career as to what happens before.

Sadly, Penman falls into the academic history trap of sucking all of the tremendous inherent drama out of his narrative. 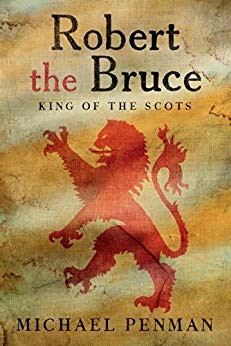 It can’t be easy to tell a story this good so dully.  Penman can be less than clear is distinguishing between the Bruce and his father (admittedly no mean task).  He gets bogged down throughout in listing seemingly every single royal grant.  I understand the study of Scottish history suffers from a dearth of original sources even more severe than is generally the case for medieval Europe.  But that doesn’t mean you have to tell us everything.  Penman doesn’t spend enough time providing context or placing discrete events within a broader narrative.

Speaking of his father, Penman views Robert not as a serial side-switcher (as depicted in Braveheart), but someone committed to resisting the English and willing to defy his father to do so (as neither Braveheart nor Outlaw/King depicted him).  Penman doubts that Comyn conspired with Edward; he is willing to believe, on the other hand, that the murder was premeditated.

There is plenty of inherent tension in Robert’s reign, even after Bannockburn.  Independence from England remained a closely run thing.  Not the least because Robert was frequently in poor health, was separated from his wife for an extended period of time, and did not sire a son until 28 years after his daughter Marjory was born.  A war-torn, divided land produced an income half that of his predecessor two generations prior.

Disclosure: I received a review copy of Robert the Bruce from the publisher.

3 thoughts on “Nonfiction: Robert the Bruce: King of the Scots by Michael Penman”