With Gods of Howl Mountain, Brown has given us a book that is right up the Hillbilly Highways alley gravel backroad.  It’s got granny women, moonshine, revenuers, moonshine runners, early stock car racing (with an appearance by Junior Johnson), end-of-the-road roadhouses and whorehouses, snake handlers, and an entire valley lost to the hillbillies so a dam could power the mills where the former farmers work for another man.  All nestled up in the mountains of northwest North Carolina where heading to civilization means Boone or Wilkesboro.

And all described by Brown with prose that is beautiful and powerful without being inaccessible or overly literary.  The prose reminds me a lot of another great country noir that I will be talking about in the nearish future, Bearskin by James McLaughlin; more so than, say, Daniel Woodrell or especially Cormac McCarthy. 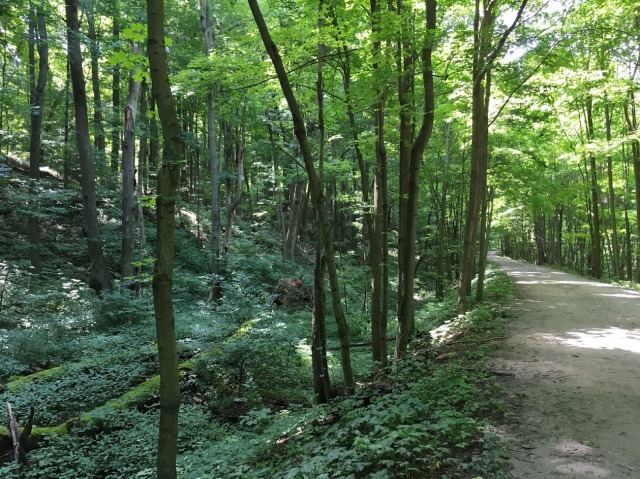 Rory came back from Korea with a wooden leg and a job waiting on him—running moonshine for Eustace, local king of Howl Mountain.  As the story opens, Rory’s life has a certain rhythm to it: living with his granny (who sells mountain remedies to the community), making late night moonshine runs, working on his car with his buddy Eli, and driving his granny to Raleigh once a week to see his mama.  Events start to spin out of his control to a bloody collision when Granny May gets on the wrong side of rival moonshiner Cooley Muldoon, Rory wanders into a gas station-turned-church and spots the snake-handling preacher’s daughter, and a new revenuer shows up in town.

The events set into motion will finally uncover the truth, or at least part of it, as to what happened to Rory’s parents.  Three men set upon the young couple.  One of those men lost his life, Rory’s father lost his life, and his mama lost her voice.  All of this was against the backdrop of the violence surrounding the flooding of the valley.

The valley people fought.  There had been government trucks turned over and set alight, and trees spiked against the loggers’ saws, and dozers and tractors driven into the river, where they sat strange and fossil-like as the waters frothed over their wheels and buckets and blades.  Loggers had to be brought in from out of state to clear the land, and they were jumped and beaten when they moseyed down side-trails for a piss or left their worksites for the night, in the parking lots of the honky-tonks and nip-joints that edged the valley.  They were beaten with hickory clubs and ax-handles, with stones and bricks and steel-toed boots.

There was talk of this becoming a second Whiskey Rebellion, like the one of the 1790s, when George Washington trotted out a federal militia of fifteen thousand men to suppress insurrectionists in western Pennsylvania.  There was talk of the national guard being brought in, as they were for the Battle of Blair Mountain in ’21, when an army of miners in red neckerchiefs rose up against strikebreakers in West Virginia.  Rednecks.  When war-surplus bombs were dropped by hand from hired aircraft and air corps bombers out of Maryland flew reconnaissance patrols up and down the hollers.  But in the end it was not the army that poured into this valley but nightriders with hoods and torches, dark wings of them that swept through the trees like some herald of the coming flood.  They fired homesteads and hanged rousers, dynamited stills and threatened women and girls.  In a matter of days, the will of the valley was broken.  The clearing crews worked unabated, and the river rose bubbling through the land like a flood of old, dark and inexorable as blood from a wound.  The valley was drowned.

I have to love any book that name drops Blair Mountain.  This is the second country noir book, by the way, I’ve read that features a valley being flooded for hydroelectric (the other is Ron Rash’s wonderful debut novel, One Foot in Eden).  The flooded valley left Eustace in control of the local moonshine trade.  He rules his mountain like a king, or a god.

Eustace had stills scattered all across the mountain, in gullies and coves and laurel slicks.  They were run by a small army of old men with gnarled hands and bent backs, many disfigured by war or logging accidents or lovers’ squabbles.  Their silence was legendary.  They’d farmed rock-ridden hillsides, or tried, and fought Germans with bayonets and trench guns in hells of mud.  They’d cut whole mountains to stumps for Northern timber barons, blasted rock and driven spikes for narrow-gauge lines.  Then in the 1920s the timber ran scarce and the camps folded.  Dry flumes laced the mountains like abandoned amusement rides, and there was no work.  They would have to move west to work in the coal mines, scurrying underground like the Welsh sappers they knew in the war, carting out the black rubble of prehistoric swamps to fuel cities they would never see.  That or down into the brick prisons of the mills, the heat and lint and machine-gun rattle.  A choice of black lung or white, each contracted beneath the shoddy suns of electric bulbs.  Then came Eustace, who gave them the moon. 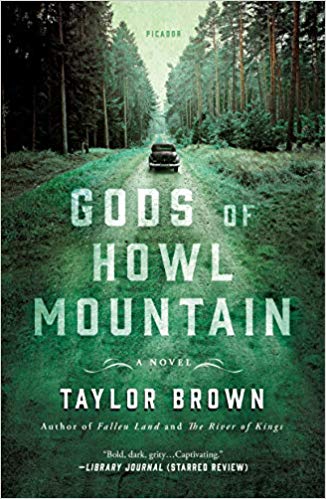 him.  There will be consequences.

There is a lot to love about Howl Mountain.  It has just about everything I could ask for out of a country noir novel and still manages to be greater than the sum of its parts.  The writing is damned fine, but it doesn’t get in the way of what is unapologetically a gritty, pulpy crime story.  The plot manages to come off as both inexorable and shocking.  It’s a love story to the hillbilly car culture that would birth NASCAR.  Brown is a coastal boy but you wouldn’t know it without looking him up.  The banter between Rory and Eli is a particularly highlight.

I could have used less granny sex, though.  Seriously, the closest thing I can muster to a real complaint is that Brown is trying a little too hard with Granny May.

Brown has jumped straight into my upper echelon of country noir writers, and I can’t wait to dive into his backlist.

Gods of Howl Mountain is now available in paperback at Amazon.

Amie on Gods of Howl Mountain at Amie’s Book Reviews.

Lolly on Gods of Howl Mountain at the Book Stalker Blog.

Tyler on Gods of Howl Mountain at Windy City Bookshelf.