When I say “country noir” in my blog subtitle, I am first and foremost talking about stories of my people—rural hillbillies from southern Appalachia.  But I am not just talking about that.  I can, have, and will read country noir set in the Ozarks, in the Texas Piney Woods, in the Rust Belt.  I have always contended those stories, and books telling versions of them, existed outside the U.S. as well.  I just haven’t known where to look.  I have also long contended that you can set a country noir in the city.  With Rob Parker’s Far from the Tree, I found a damn fine example of both.

The small town of Warrington, smack dab between Liverpool and Manchester in northern England, is roiled when a trench containing 27 bodies is discovered in a local forest.  Lead investigator Brenden Foley’s world is further rocked when he makes the first identification—his nephew.

END_OF_DOCUMENT_TOKEN_TO_BE_REPLACED

It is rare that a book is considerate enough to explain itself in one pithy paragraph.  It is ever rarer for it to be appropriate to start a review by quoting the last paragraph of a book.  But both are true for The Tilted World.

This story is a story with murder and moonshine, sandbagging and saboteurs, dynamite and deluge.  A ruthless husband, a troubled uncle, a dangerous flapper, a loyal partner.  A woman, married to the wrong husband, who died a little every day.  A man who felt invisible.

But most of all, this is a love story.  This is the story of how we became a family.

END_OF_DOCUMENT_TOKEN_TO_BE_REPLACED

I posted on Facebook a couple times over the last few weeks about the mystery behind the man with the trail name Mostly Harmless who was found dead in his tent.  Vance John Rodriguez went into the woods to find himself.  It didn’t save him.  I’ve been reading Horace Kephart’s Camping and Woodcraft.  Going into the woods did save Kephart.  Black Heart on the Appalachian Trail is the story of Taz Chavis finding himself.  Recently released from prison, and after traveling to his hometown to settle his father’s estate, Taz sets off on a through hike of the Appalachian Trail to leave his life in the gutter behind.

In the vast wilderness of the Appalachian Trail, three hikers are searching for answers. Taz Chavis, just released from prison, sees the thru-hike as his path to salvation and a way to distance himself from a toxic relationship. Simone Decker, a young scientist with a dark secret, is desperate to quell her demons. Richard Nelson, a Blackfoot Indian, seeks a final adventure before taking over the family business back home. As they battle hunger, thirst, and loneliness, and traverse the rugged terrain, their paths begin to intersect, and it soon becomes clear that surviving the elements may be the least of their concerns. Hikers are dying along the trail, their broken bodies splayed on the rocks below. Are these falls accidental, the result of carelessness, or is something more sinister at work?

END_OF_DOCUMENT_TOKEN_TO_BE_REPLACED

A book like City of Hate might not have normally caught my eye, but author Timothy Miller offered to send me a copy.  I’m glad I jumped on the offer.  City of Hate is “city noir” that imports much of what I love about country noir.  The setting and the backdrop are inspired, even if the execution wasn’t perfectly to my liking.

I lived in Houston during my swing through Texas.  One of Houston’s nicknames is the “Big Heart,” earned by the open arms its residents met Hurricane Katrina victims.  You could still see “I ♥ Houston” bumper stickers around New Orleans when I was traveling there on a regular basis for work.  Dallas has a nickname of its own that highlights the inevitability of comparisons between the cities and their relative merits: City of Hate.  The moniker is inextricably tied to JFK’s Dallas assassination.  Which might seem a little unfair.  Lee Harvey Oswald only lived in Dallas for a year.  And, whatever conspiracy you might embrace, the bulk of the city certainly didn’t participate in the assassination.  But the stage was already set for the moniker to stick, not by the dull statistic that Nixon won Dallas by a bigger margin than any other city (as remarkable as the existence of such a stat is today) but by a made-for-TV moment where vicious, pearled Dallas society women frothed (read: spit) at Lyndon and Ladybird John in front of a national audience.

END_OF_DOCUMENT_TOKEN_TO_BE_REPLACED

It is remarkable that it has taken this long to see a novel published by an enrolled member of the Eastern Band of Cherokee Indians.  That work, Even As We Breathe by Annette Saunooke Clapsaddle, is a good’n’.

Cowney Sequoyah is a young Cherokee man.  A club foot has saved him from (or robbed him of, depending on the perspective) service in WWII.  The dearth of available labor and the need of somewhere to house foreign dignitaries/prisoners gives him the opportunity for good work outside of the Qualla Boundary on the grounds crew at the Grover Park Inn.  An initial carpool there brings him into the orbit of Essie Stamper, a beautiful young Cherokee woman working as a maid at the Grove Park for the summer.

END_OF_DOCUMENT_TOKEN_TO_BE_REPLACED

Ron Rash may be the patron saint of country noir here at Hillbilly Highways, but it was Daniel Woodrell who coined the term “country noir” in the first place.  He has always exemplified the country noir ethos, going back to his earliest work.  The Bayou Trilogy was a conscious attempt to combine what he learned at the Iowa Writers’ Workshop, pulp detective story sensibilities, and his mom’s French-American river culture heritage.

Woodrell’s earlier work fell out of print before he hit it big with the movie adaptation of Winter’s Bone.  That success led Mulholland Books to put out an omnibus collecting his debut trilogy, consisting of Under the Bright Lights, Muscle for the Wing, and The Ones You Do.  I consumed it in audiobook form, as narrated by Bronson Pinchot.

END_OF_DOCUMENT_TOKEN_TO_BE_REPLACED

It wasn’t Tonya Harding’s white trash roots that sold me on I, Tonya as a country noir flick, or even the homemade fur coat.  It was the intense incompetence of the men tasked with doing the deed against Nancy Kerrigan.  Incompetent crooks hold a special place in the subgenre.  There are archvillains, to be sure, but country noir storytellers recognize that most criminals are knuckleheads (which certainly reconciles with my own time working in the criminal justice system).

Hillbilly Hustle has a knucklehead for a protagonist, Knox Thompson.  He doesn’t stand a chance once he is in the web of archvillain Burl.

END_OF_DOCUMENT_TOKEN_TO_BE_REPLACED

Raymond Turner has a problem.  The New Orleans-based private investigator crawled into a bottle when his wife died and has only crawled out with considerable effort and grace on the part of his partner.

The town of Comanche, Texas has a problem.  Over one hundred and thirty-five years ago several townspeople killed the Piney Woods Kid and desecrated his corpse.  Now the ghost of the Piney Woods Kid is exacting his revenge on the descendants of those townspeople, haunting the grounds of the historic depot where his body was dismembered—newly renovated and opened as a diner by the town mayor.

END_OF_DOCUMENT_TOKEN_TO_BE_REPLACED

When These Mountains Burn may be David Joy’s best novel yet.  Fires are burning across the mountains of North Carolina in late 2016, and wildfire smoke casts a heavy pall over even the unburned areas.  More figurative fires are burning as well, with an equally heavy pall cast by the opioid epidemic.  Those figurative fires will touch Ray, a mountain of a man, a retired forester, and the father of an addict, and Denny Rattler, an addict himself, a petty thief, and a Cherokee.

(If you heard about these fires on the news, and you probably didn’t, it was likely only when they hit Gatlinburg.)

“The way these mountains have been burning, I knew there was some kind of end coming.  I knew it.  I just couldn’t see it.  I come here to kill you.”

The use of the fires as a literary device is both obvious and effective.  Coyotes provide a minor literary device, with Ray ruminating that “he’d watched mountain people and culture be damn near extirpated over the course of a few decades, while those dogs had been persecuted for a century and thrived.”

END_OF_DOCUMENT_TOKEN_TO_BE_REPLACED

Ron Rash is a master of the short story, but a reader’s conclusion on In the Valley will depend on the title story, a novella set in the world of and featuring the title character from Serena that takes up half the volume.

I am not the target audience, to the extent it is possible for me to not be the target audience for a Rash work.  Serena remains my least favorite Rash novel, and any attempt at another story featuring Serena is handicapped by the novel telling the end of her story.  Nonetheless, I was pleasantly surprised by In the Valley, and it is well accompanied by the preceding stories. 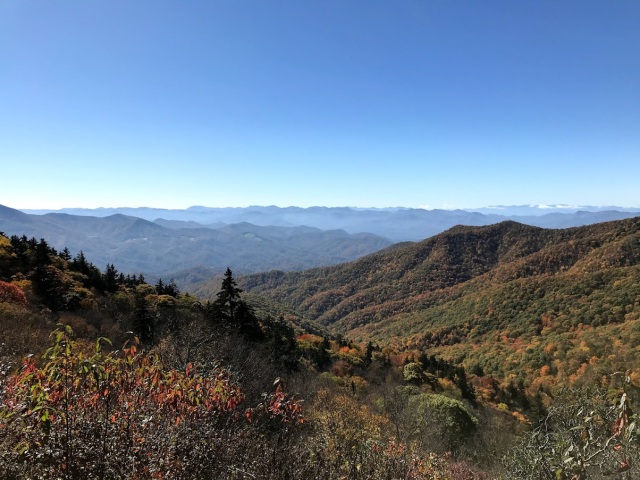