Check out which posts at Hillbilly Highways were most popular last month and find out what I’ve been reading here:

For once, September was a nice, chill, easy month with plenty of time for reading and blogging . . . Ha!  Just kidding.  September was crazy again.  Any pace that allows me to keep up with reading and blogging (and, uh, family time) is sustainable.  no-angel, by the way, started walking this month.  She remains a remarkably dutiful child, is starting to babble, and is the star of her swim class.

It was business as usual around the blogs.  September was a bit of a step back, view-wise, at Every Day Should Be Tuesday, but it was by no means a bad month.  It was also my fifth-best month ever at Hillbilly Highways. 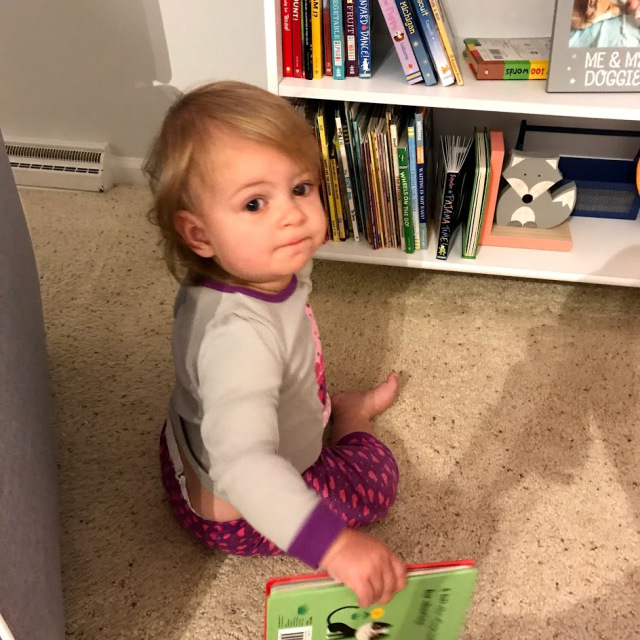 August was my third best month ever here at Hillbilly Highways (and almost my second best month ever). Check out which posts were most popular and see what I’ve been reading at the link below.

And I did all that with only five posts at Every Day Should Be Tuesday.  I was a little busier at Hillbilly Highways, with twelve posts (even if a couple were lazy reposts).

More importantly, I am still sitting at Mount PBR parity after a heroic last minute effort to finish books by the end of month—6 books in 6 days (and I just missed 7 books in 7 days). For the third month in a row I finished 9 books. …

I forgot to share my July month-in-review post from earlier in the week. Check out what I’ve been reading and buying and which posts were most popular in July.

July was a busy month, reading-wise and real life-wise, if not blog-wise.

I spent a (lovely) week and a half in Canada (Calgary and the Canadian Rockies) and came home to a mountain of work and deadlines.  Much of it remains to be done even though I will be traveling again much of August (albeit a good bit for work this time).

A couple heavy months of reading put me in a position to make a stunning announcement: I am at a zero net change in Mount TBR for the year!  Now all that is left is to make that TBR number go down.  I acquired 14 books, driven by two one-off trips to bookstores.  I finished 9 books—not just matching the 9 books I finished in June but making serious dents in a couple doorstoppers that I didn’t finish.  I added a new section this month.  On my second…

Man, it really felt like February flew by.  Like it doesn’t have as many days as every other month or something.  And it shows!

After 21 posts in January, I managed to limit myself to 15 posts in February (a few of which were gimmes).  Rather unsurprisingly, stats were down across both blogs.

I finished five books, which isn’t bad, although I acquired six.  I sacrificed a lot of reading time so I could embark on a grand rewatch of the first seven seasons of Game of Thrones in preparation for the eight and final season.  I already have my review of season 1 up and will get a review of season 2 up in the near future.  I am two seasons in, which wasn’t bad last week, but I’m traveling and falling further behind by the day.