I had the intense pleasure of living in Houston for four years this past decade.  But my fondness for my time there did not prevent my pleasure reading this collection of noir tales exploring Houston’s fetid underbelly.

I loved it there, and Houston has a better crime rate than, say, Chicago or New Orleans, but this is still a place where the old-fashioned burglar bars on our house were a good idea, where a man was shot in an drive-by a block away from my house, where a body was found in nice, new apartments under construction that marked my neighborhood as “transitioning,” where bodies were occasionally fished out of the bayou that ran a block from our house (sometimes closer).

The copy and intro both include a wonderful, vicious Hunter S. Thompson quote describing Houston as a “cruel, crazy town on a filthy river in East Texas with no zoning laws and a culture of sex, money, and violence. It’s a shabby, sprawling metropolis ruled by brazen women, crooked cops, and super-rich pansexual cowboys who live by the code of the West—which can mean just about anything you need it to mean, in a pinch.”  It says something about Texas that the immediate response is to say “hell yeah!” and adopt the quote as a point of pride. 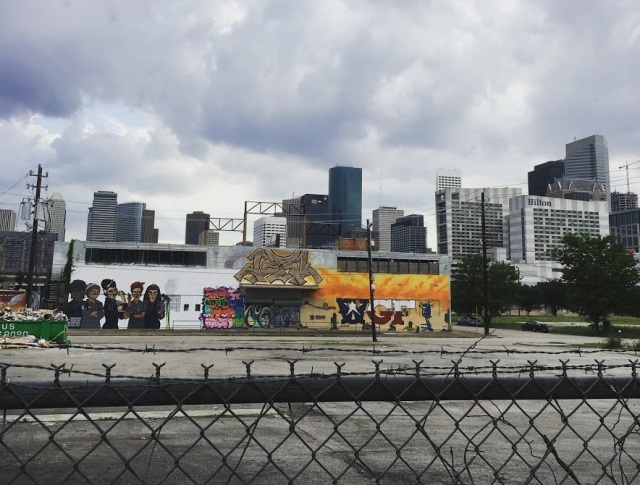