It shouldn’t need to be said, but given recent news involving Sam Hunt and Kylie Rae Harris, this is your reminder that if you drink, don’t drive: do the watermelon crawl (or engage in some other activity that is not driving a motor vehicle).

END_OF_DOCUMENT_TOKEN_TO_BE_REPLACED

The American calendar is full of opportunities to express your patriotism and/or buy a mattress: Flag Day, Lee-Jackson Day, Patriot’s Day[1], Purple Heart Day, Constitution Day and Citizenship Day (part of Constitution Week), National POW/MIA Recognition Day, Gold Star Mother’s Day, Pearl Harbor Remembrance Day, Bill of Rights Day Veterans Day, Memorial Day . . . but the granddaddy of them all is Independence Day.  Our forebears risked life and limb to fight for our freedoms; on Independence Day we risk life and limb to shoot explosives into the air to make pretty night-flowers.  We celebrate in time-honored ways: going to the lake, grilling out, beer drinking, lawnmower races. . .

END_OF_DOCUMENT_TOKEN_TO_BE_REPLACED

Jason Aldean will be named artist of the decade at the Academy of Country Music Awards on April 7.  It is hard to get excited about the announcement.  Not because there are better options out there, but because there . . . really aren’t.  Alabama or George Strait he ain’t, but who else deserves the award?  Aldean may have played a role in hick hop and bro-country going mainstream.  But I wouldn’t blame him here for spawning imitators any more than I would blame Tolkien over at the other site for spawning imitators. 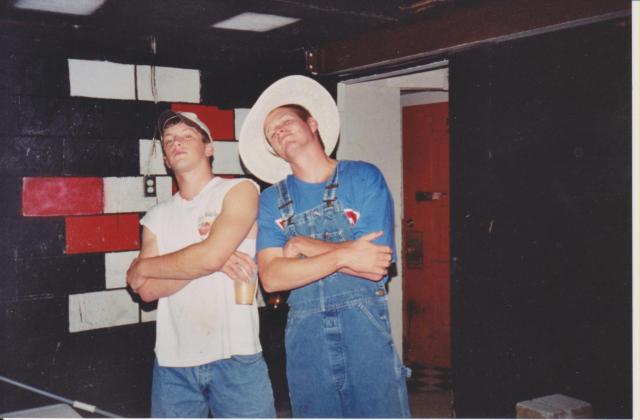 END_OF_DOCUMENT_TOKEN_TO_BE_REPLACED

While I was in Texas over Christmas I caught the recording of Garth’s live show in South Bend.  Garth Brooks is, if anything, a showman.  What a lot of people don’t know is that he crafted his early shows by mimicking Chris LeDoux.  Not many artists could get away with it, but Garth shares an enormous stage presence and magnetism with LeDoux.  It was a symbiotic relationship—Garth helped propel LeDoux’s career past the rodeo circuit.

I’ve never seen Garth in concert.  But I did get to see LeDoux in concert before his untimely death, and it was everything a country music fan could ask for. 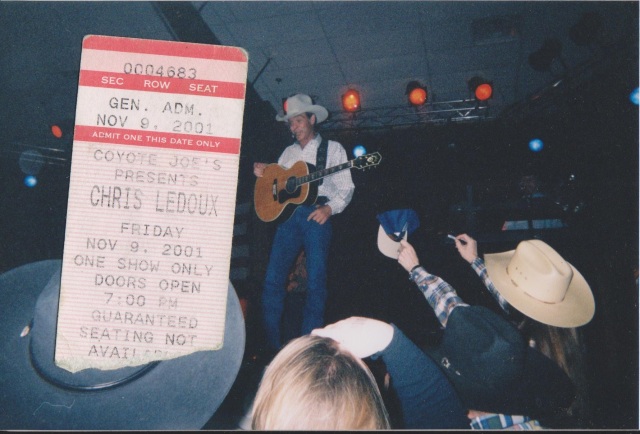 END_OF_DOCUMENT_TOKEN_TO_BE_REPLACED

I took way too long to finish Ozark season 2.  When I did finish the last three episodes in a rush, I was rewarded with three killer episodes.  Including one featuring one of the all-time great songs in country music history.

END_OF_DOCUMENT_TOKEN_TO_BE_REPLACED

One of my favorite lines from the great movie The Blues Brothers is when Elwood Blues asks the proprietor of a honky tonk “What kind of music do you usually have here?”  She responds, “Oh, we got both kinds—we got country and Western.”  It provided the grist for my favorite Baptist joke: I grew up going to a church with both kinds of preaching—hellfire and damnation.  But have you ever wondered what the heck is “Western”?

Dwight Yoakam is Western.  Western is cowboy music, but it is more than that.  It was shaped by the cattle towns and the open range, but its roots are deeper.  Like old-time, its roots are in Appalachia and England and Scotland before that.  The same hillbillies who took their music with them when they settled in Oklahoma would take it with them when they moved again to the interior of California.  The Bakersfield Sound developed as an alternative to the overproduced pablum coming out of Nashville (then, as now).  Its most successful products were Buck Owens and Merle Haggard.  Dwight Yoakam would pick up that mantle twenty years later.