I like this season, but FNL emphatically does not go out with a bang.  The actual series ending, though, as opposed to the last season itself, is just about perfect.  The heart of season 5 is the story of Vince and his dad.  Michael B. Jordan is just about perfect, and Cress Williams is excellent, but most of the rest of the season feels tacked on. 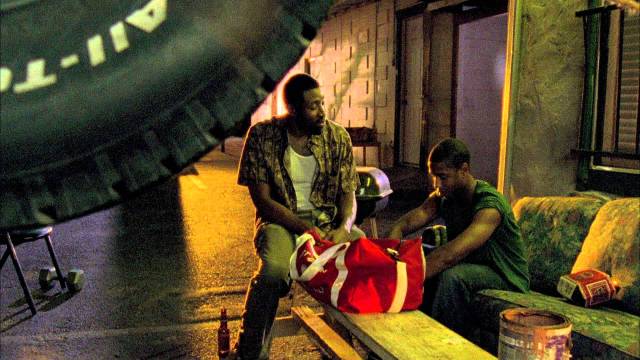 Vince and his dad aren’t just the heart of the season, they are most of the limbs too.  It is a great story, well told and well acted (Michael B. Jordan has obviously gone on to great success, but I am glad to see Cress Williams pop up as Black Lightning after falling off my radar for several years).  Friday Night Lights may, at its core, be a story about fathers—mostly absent, with Coach Taylor acting as an imperfect substitute—so it is fitting that it go out focusing on Vince’s difficult relationship with his dad.

So that’s great.  The rest?  It all feels so very tacked on.  There are too many characters gone and not replaced.  Two new characters, Hastings and Buddy Jr. are non-entities.  Julie’s storyline has the twin problems of being irrelevant and awful.  I get that the show is moving away from the East Dillon-West Dillon tension as the driver for the season, but West Dillon disappears in a way that rings false for a small town setting.

East Dillon as an uppity program targeted by the Texas high school football power structure is a promising theme that sort of peters out after such promising development in the first half of the season.

I do want to say a few words about the ending, although I don’t want to spoil it completely.  Marriage is a matter of continuous, ongoing negotiation and reciprocation.  Sometimes you just have to do what your spouse wants, even if that spouse is as terrible as Tami Taylor.  And, ultimately, Coach Taylor put his pride over his ambition.  We don’t often talk about pride as a positive, but that is a running theme through FNL.  Looking at the original Permian’s lack of success post-book, I have to wonder how much is because the costs of being that crazy over high school football started to overwhelm the benefits, scaring off coaching talent (admittedly, it was probably mostly because of the immense growth in Texas over the last three decades and because of white flight to Midland).

This isn’t it for Friday Night Fridays, by the way.  I still plan to post on the book, the movie, and that great cultural touchstone, Varsity Blues.  I may write one or two other posts as well.

You can find all of my Friday Night Lights Friday posts here.