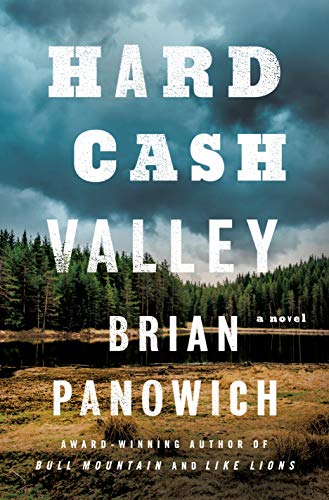 The main character is Dane Kirby, a former arson investigator for the fire department and sheriff in the next county over relegated to a desk job with the Georgia Bureau of Investigation.  He is damaged goods—broken by personal tragedy and in poor health—but the FBI pulls him into the investigation of a brutal murder after a simple plan gone wrong.  The killing was done in Florida, but it has ties to a cockfighting tournament held in McFalls County.  One man is dead, but his 11-year-old brother is still out there.

END_OF_DOCUMENT_TOKEN_TO_BE_REPLACED

Today marks the 45th anniversary of the end of the Vietnam War measuring from the fall of Saigon.  Remarkably, the death toll from COVID-19 in the U.S. passed the death toll from the Vietnam War (58,220 by one count) this week.  Jim Webb is better known around these parts for his entry in the Hillbilly Studies corpus, Born Fighting: How the Scots-Irish Shaped America, but he also wrote a very fine war novel that draws heavily from his personal experiences in Vietnam.

END_OF_DOCUMENT_TOKEN_TO_BE_REPLACED

The Son is less one long book than three ones. The book covers four generations of a Texas family: a frontiersman turned cattle baron captured by the Comanche, his titular son, and his great-granddaughter, an heiress turned oil baroness. The problem is that it is one very, very good book and a couple mediocre ones.

The first story, about the “Colonel” as he’s referred to elsewhere, is the best and can’t be treated as anything other than the main story. His family settled on the frontier of Texas in the 1800s, and he was captured by Comanche is a raid. He starts as a slave and becomes a Comanche warrior. Meyer’s research on the Comanche shows. If only he could have done more research on the rest of the story.

END_OF_DOCUMENT_TOKEN_TO_BE_REPLACED

Country noir isn’t quite regional.  Or, rather, it is regional in that it is a subgenre that demands a sense of place.  But it isn’t tied to any particular region.  It does even really need to be set in the country.  You could (and someone really should) write an excellent country noir set in the former hillbilly enclave in Uptown Chicago.  That being said, the western half of North Carolina has provided the setting for a truly disproportionate number of quality country noir tales.  Ron Rash is the dean of the country noir oeuvre (fight me, Daniel Woodrell fans), but ably following in his footsteps are David Joy and Wiley Cash.

This Dark Road to Mercy is my first Wiley Cash novel (he has written three).  I found it a flawed work, but a thoroughly enjoyable one nonetheless and one that shows frequent flashes of brilliance.

END_OF_DOCUMENT_TOKEN_TO_BE_REPLACED

The man that wandreth out of the way of wisdom shall abide in the congregation of the dead. – Proverbs 21:16

I bought Congregations of the Dead over a year ago on a bit of a lark because it was cheap.  Which isn’t to sale that it didn’t sound right up my alley.  A country noir/urban fantasy/horror mashup with significant pulp influences?  (A secondary character is named Carter DeCamp in an obvious homage to Lin Carter and L. Sprague de Camp and Manly Wade Wellman’s characters Silver John and John Thunstone seem obvious influences as well.)  What I didn’t realize is how damn good it would be.

Congregations of the Dead is the second in Griffin & Price novel, and I was a little thrown off at first as Moore and Rutledge tied up loose ends from the first book.  But other than that hiccup, I found this an easy entrée into the series.  I will definitely be picking up the other books though.  I would say start with book one, but it looks like it isn’t available right now. 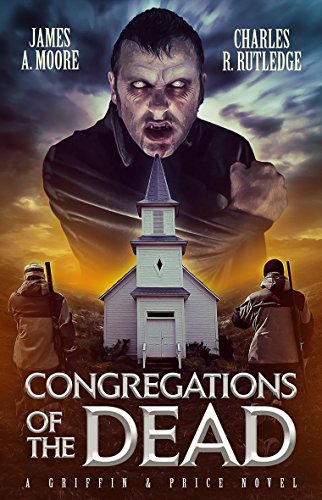 END_OF_DOCUMENT_TOKEN_TO_BE_REPLACED

Over the course of a life hard lived, the minder and the town and the mountain became as one, and no one ever left Harlan alive.

Country noir fits easily with horror.  What is scarier than a long, dark shaft in an abandoned coal mine?  Might our greed for the black stuff cause us to dig too deep?  Might the violence on the surface go beyond the natural into the supernatural?

I was delighted to learn that Apex released a collection of short horror stories set in Harlan County, Kentucky (originally famous for the coal mine labor strife featured in Harlan County, USA and more recently famous as the setting for neo-Western Justified).

END_OF_DOCUMENT_TOKEN_TO_BE_REPLACED

“That was the thing about second changes—it was impossible to know what was real or what wasn’t; every act of forgiveness was a leap of faith.”

Texas Ranger Darren Matthews is finally starting to get his life together after the events of Bluebird, Bluebird.  He is back on the job.  If it at a desk, the time home is allowing him to repair his relationship with his wife, and he is doing important work on a federal-state task force building a case against the Aryan Brotherhood.  His drinking is under control.  The only hitch is his no-account mother blackmailing him, but everything really goes to shit when a boy goes missing on the Texas-Louisiana border.

Heaven, My Home is the second book in Locke’s Highway 59 Mystery series.